Since Alex had some vacation days left, plus the days off for Thanksgiving, we decided to take a little trip down to Galveston, Tx. Growing up only about an hour away from the beaches of Galveston, we figured we should finally explore and experience beach camping. I did some research on the best places to camp near Seaside and Bolivar Peninsula. We also knew that we wanted to camp at the State Park. After booking a spot for two nights at the State Park and having a couple of other ideas in mind, we hit the road Saturday morning with Bailey, Alex’s dog, joining us for her first camping trip. 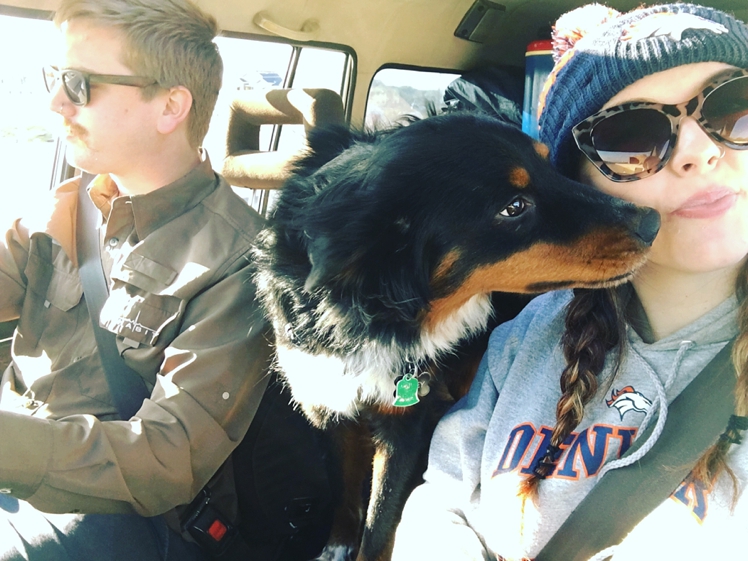 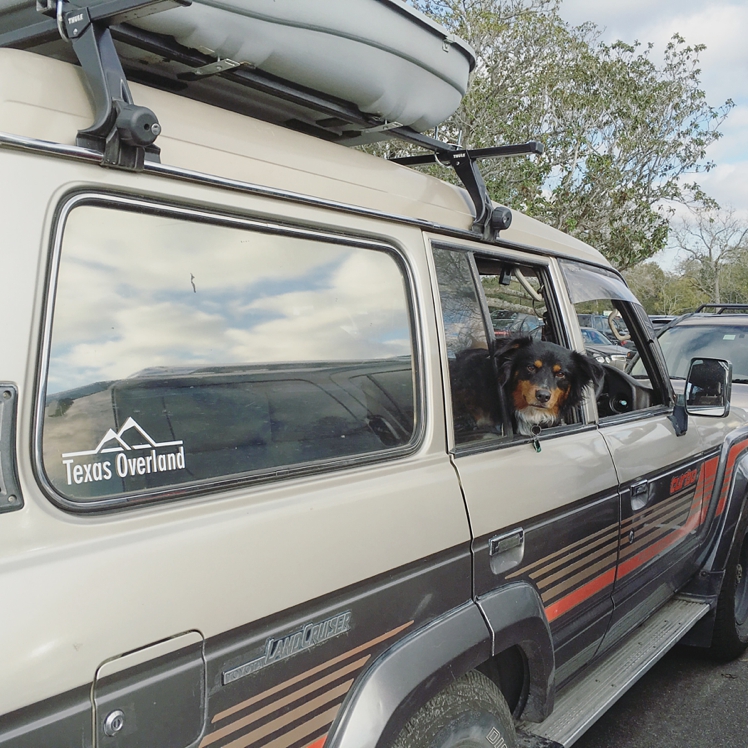 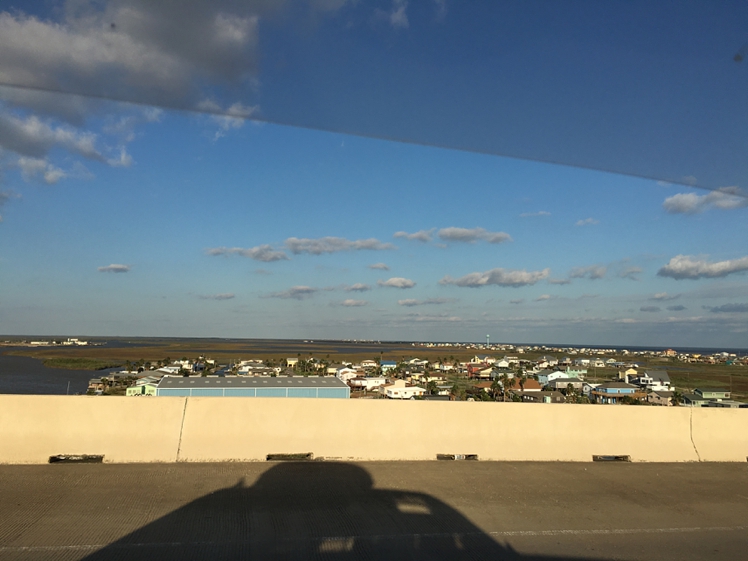 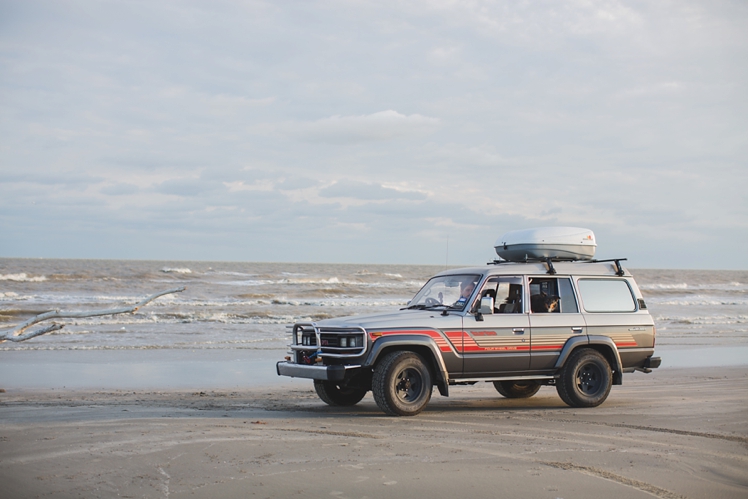 After a stop at the grocery store for food and some last minute supplies we scoured the beach for the best place to camp. With the sun setting, we stressed about getting set up before dark. We finally found a secluded spot and set up camp. We ran into a few issues with the frigid wind.  We decided to call it an early night after dinner and a failed attempt at a fire. We took some beers into the cruiser and enjoyed each others company while we were safe from the cold ocean breeze. 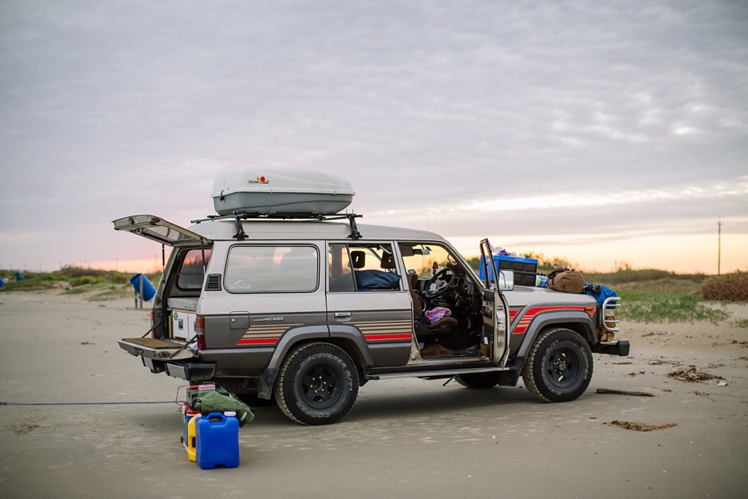 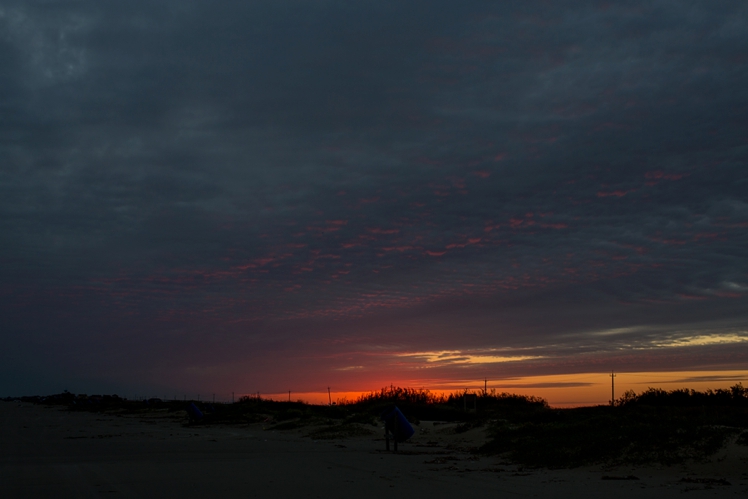 Waking up to the sunrise is always one of my favorite things while camping. Alex took Bailey for her morning stroll and we cooked up our typical breakfast of eggs, sausage, peppers, bacon, and cheese and then headed to check in at The Galveston State Park. 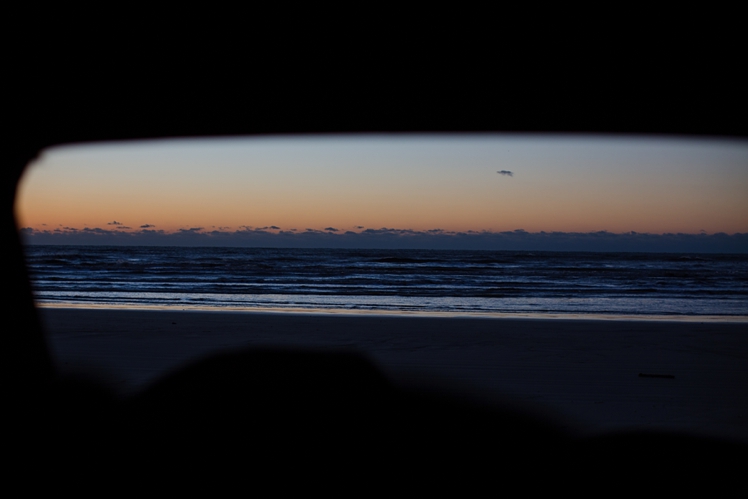 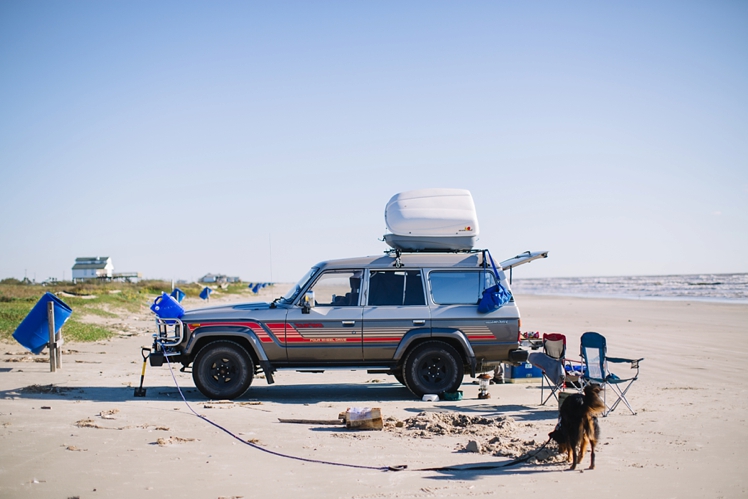 After checking in and choosing our campsite, we grabbed a quick lunch on the seawall with my sister and brother in law who were conveniently in town as well! With our bellies full, we headed back to our campsite to set up for the next two nights. We got lucky with choosing from a quite empty selection of campsites, and chose the one with the least amount of mud. The State Park accommodates you with incredibly nice heated bathrooms and showers. We also had a water hookup, picnic table, and fire pit. While Bailey enjoyed her bone, Alex and I enjoyed some beers and took advantage of the sunset for some photos 🙂 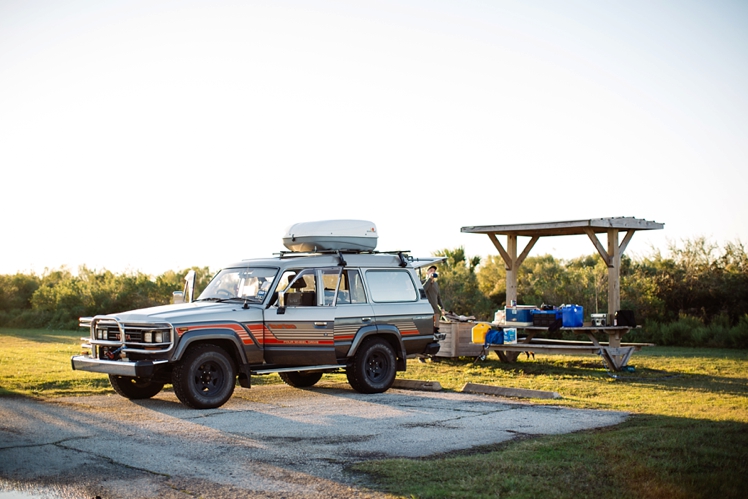 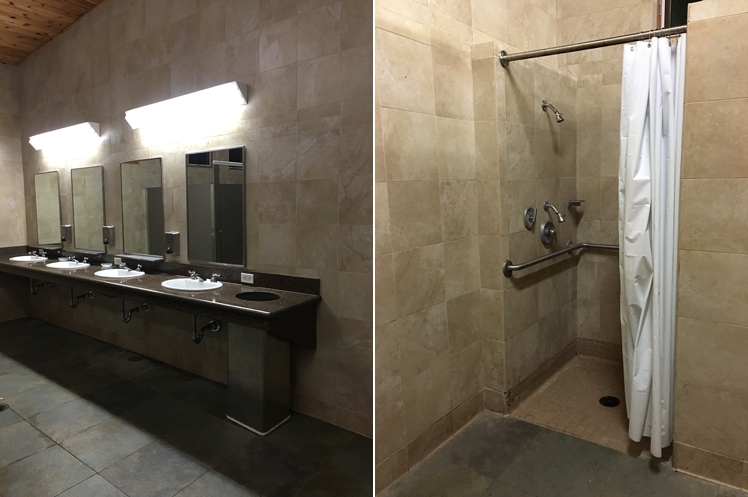 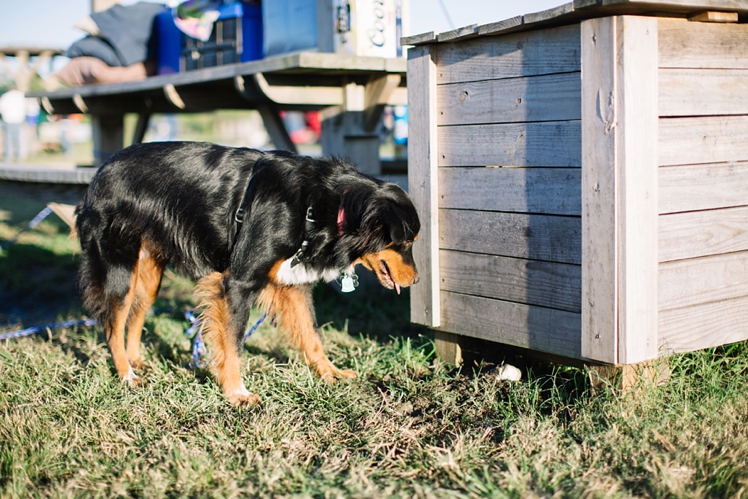 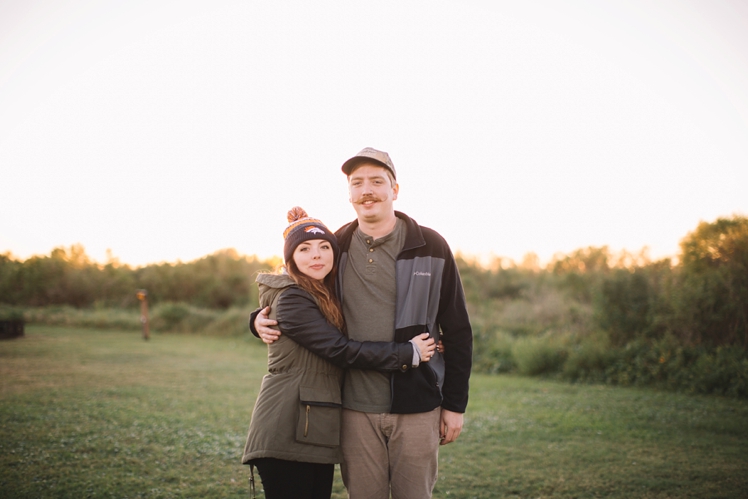 The next day we explored the historic strand of Galveston, drove all the way down the seawall, and made our way to the very east end of the island. We stopped for lunch at a little cajun cafe right off the sea wall. When we arrived back to the park we decided to try some fishing in the bay. We didn’t catch any fish, but we did see tons of them jumping out of the water and a pretty amazing sunset. 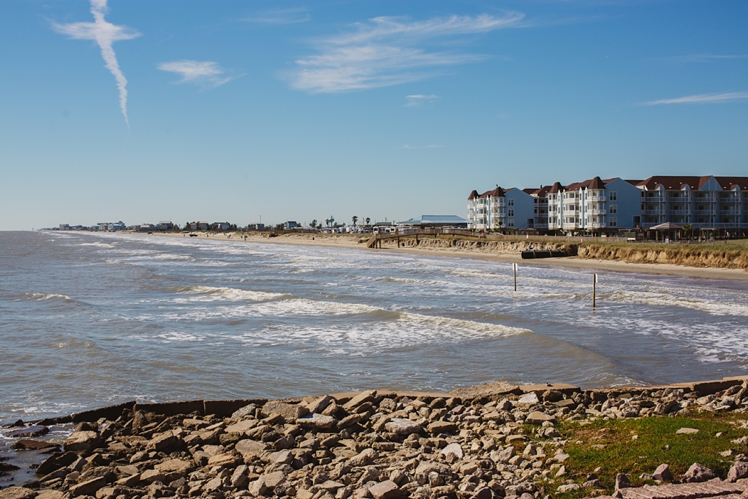 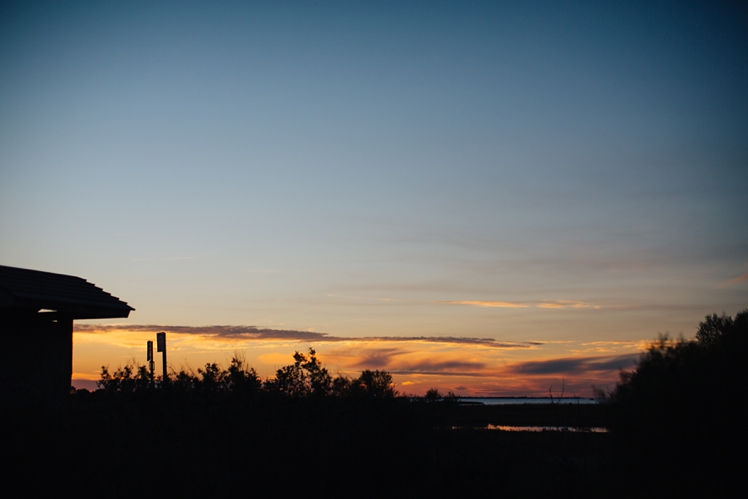 It was nice being on the bay side of the island and only having a slight breeze. We enjoyed some of my favorite potato, broccoli, cheddar soup straight out of the pot for dinner while listening to some jams on the ol’ boom box. As night fell and we were sleeping soundly… we ran into a little problem in the middle of the night, MOSQUITOS! For some unknown, Texas weather reason, the temperature decided to rise and we were greeted by quite a few little uninvited mosquitos inside the cruiser. With buzzing in our ears, we figured out solutions to falling back to sleep, mine being headphones and fully covering up with only my nose exposed for breathing while Alex made his own earplugs out of wadded up paper towels. 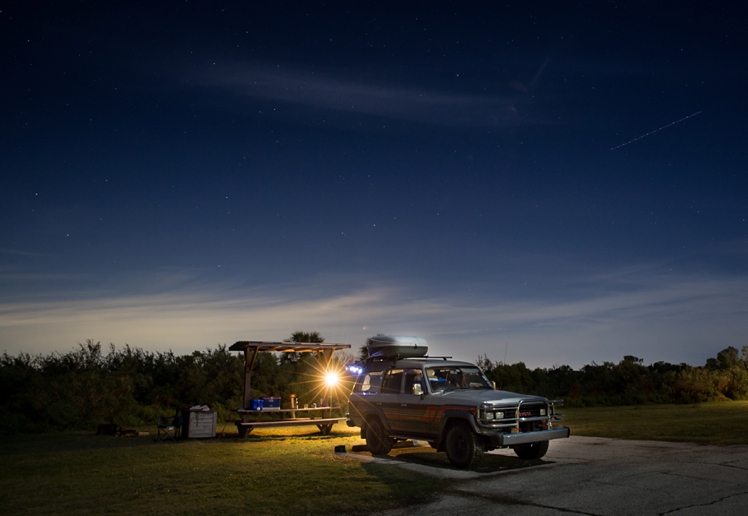 The last full day we had was spent venturing to Bolivar Peninsula, and was probably my favorite day. The only way to get to Bolivar is by taking the Ferry on the eastern end of the island. Being prone to motion sickness, I popped some Dramamine and stepped on that ferry with high hopes of seeing dolphins… and what do you know! WE SAW DOLPHINS. Tons of them. 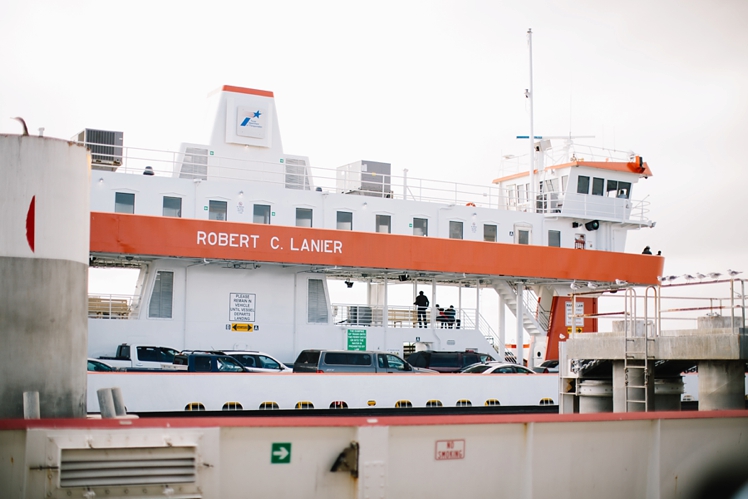 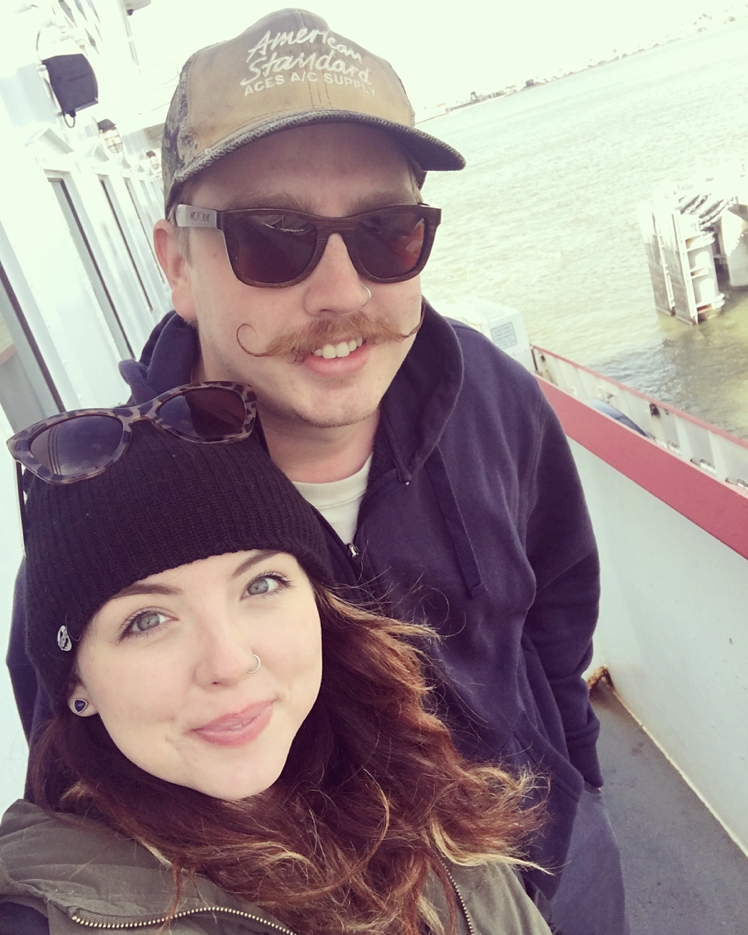 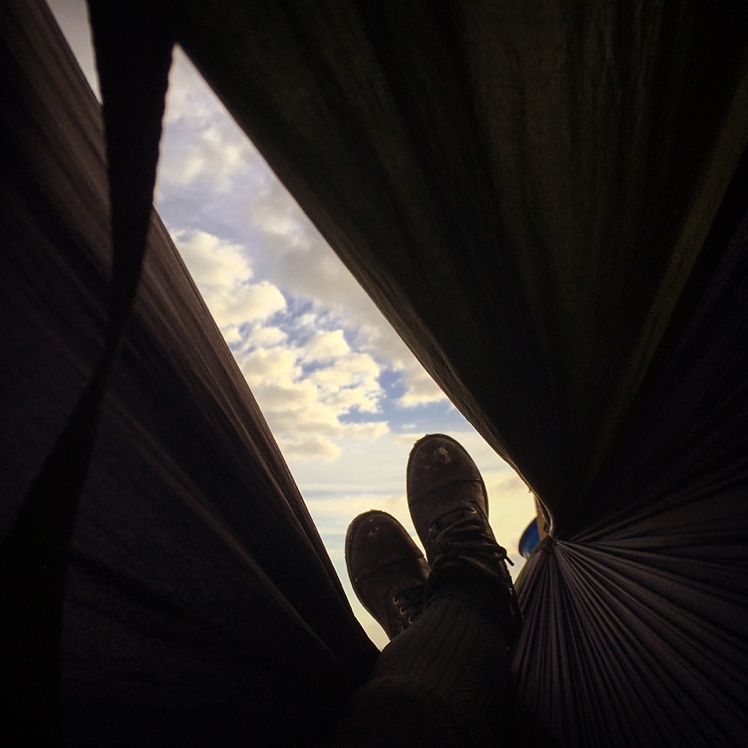 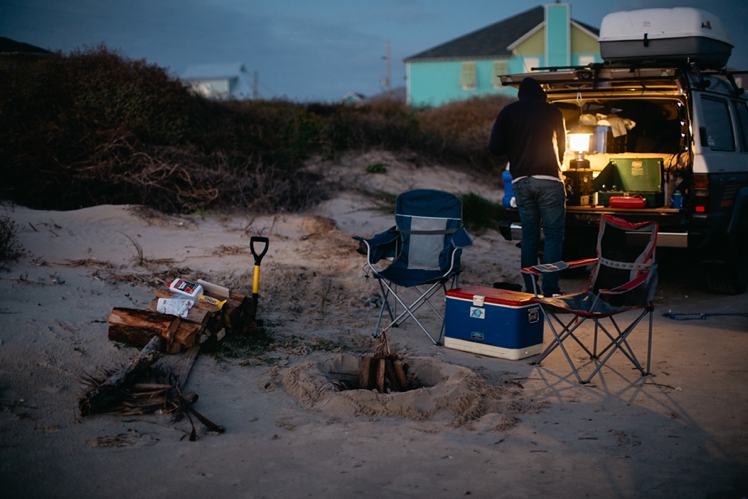 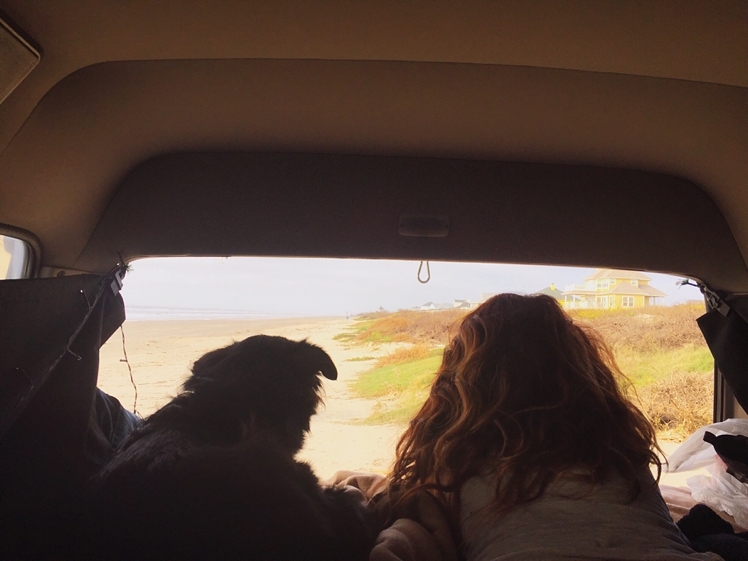 The beach on Bolivar, also known as Crystal Beach, was quite a bit different from Seaside. The tide was up super high for some reason and didn’t seem to be going out any time soon. We drove up and down the coast trying to find the perfect spot and finally found one that would work. After a trip to “The Big Store” we felt fully equipped this time for our last night on the beach. While Alex set up camp, I took a quick nap in the hammock to catch up on some missed sleep from the night before. Alex made a great fire that night and we had leftover soup and toast. The moon was full and I was able to capture some really neat night shots. The next morning we packed up and ventured to a local donut shop on the peninsula for breakfast before taking the long way home. All and all, it was a great 4 days that were planned on a whim. Galveston might not be known as one of the best beaches off the Gulf, but it definitely is a great getaway from the city.